New! Laser Photoherapy – Clinical Practice and Scientific Background by Jan Tunér and Lars Hode is a thorough update of the best-selling book in the field of laser therapy, formerly titled The New Laser Therapy Handbook. With major revisions and fresh material, the new book is 938 pages with 2500 scientific references. As with the previous editions, the soft cover has been retained to keep the price down.

The scientific documentation about the effects of Laser Phototherapy is rapidly increasing, with some 250 new scientific papers published annually on PubMed. There was therefore a need for an updated version of this popular book.

Jan Tunér is a dentist in private practice, graduating at the Karolinska Institutet in Stockholm in 1968. He is the author of five books in English and an international educator in the field of laser phototherapy. Jan Tunér was the Membership Secretary of the World Association for Laser Therapy 2000-2010, was the co-founder of The Swedish Laser-Medical Society in 1989, is the editor of the internet portal LaserWorld and a researcher in the field of lasers in periodontology

Lars Hode is a physicist, specialising in optics. He started laser phototherapy research in 1987 and has published five books and many articles in English and lectured world-wide. He pioneered the knowledge about the medical importance of laser speckles 1991. Lars Hode is the founder and president of the Swedish Laser Medical Society and a fellow of the American Society for Laser Medicine and Surgery.

An Alternative to Liposuction 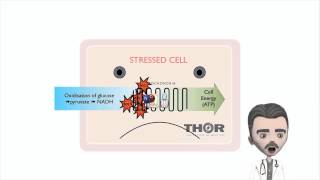 An Alternative to Liposuction

Are you treating pain correctly?